We had a whole crew from the Presidio Media Lab coordinating this and helping organize people into the numbers. When we had too many people to include (what a great problem!) we added an exclamation point!¬† Here the official photo from the event, I’ll add a few more shortly.

We had so many people and I need to match the light in the shade to the the ambient light behind so I used a battery powered 1200 watt strobe to light the scene which was photographed with my ulta-wide 14-24mm Nikon lens. The combo was perfect for this shot! 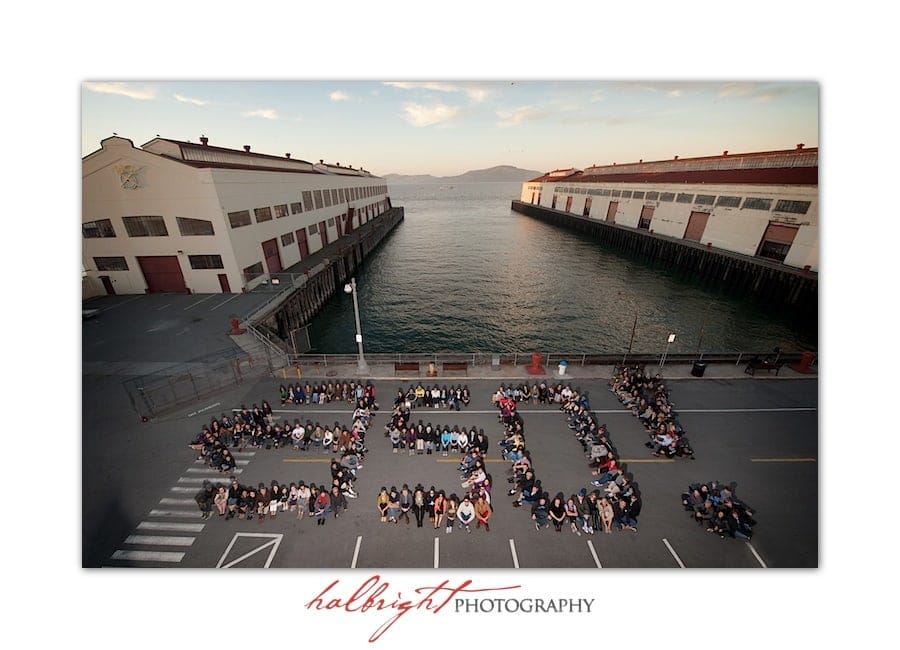 Presidio Graduate School Students and Faculty for 350 Parts Per Million 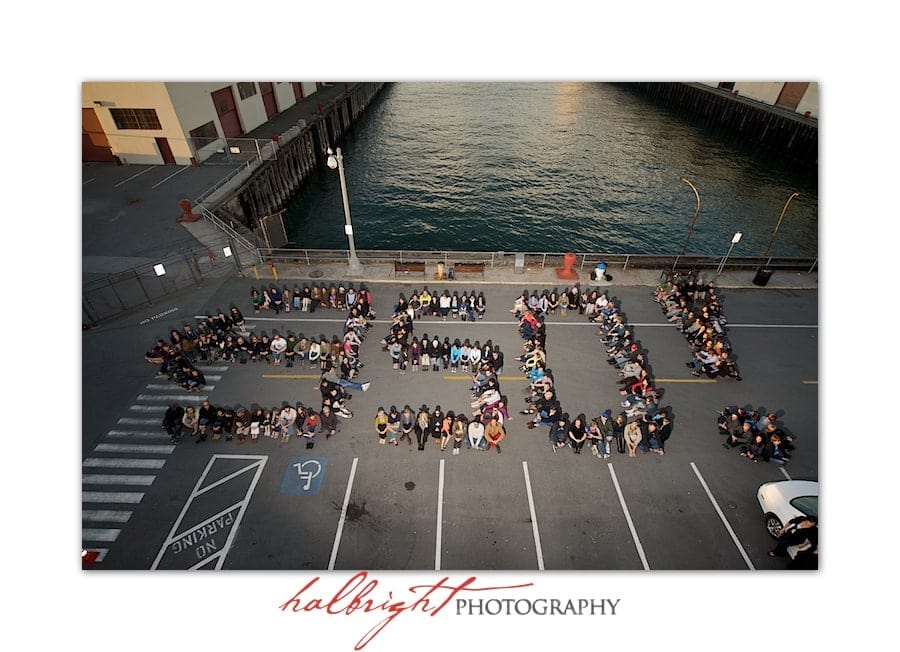 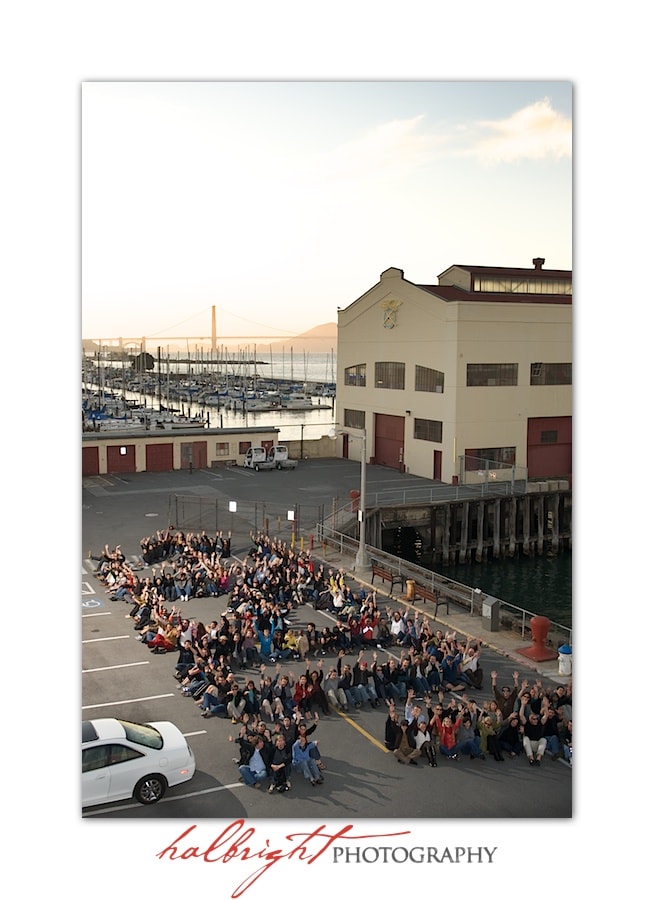 In front of the Golden Gate Bridge